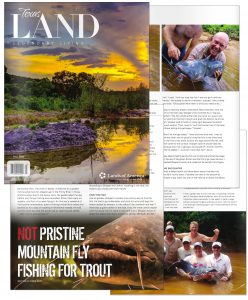 This Article was published in the Fall 2016 Issue of TEXAS LAND Magazine – Article:  “NOT Pristine Mountain Fly Fishing for Trout” (see page 139)

What is the exact opposite of fly fishing in crystal clear water in a pristine mountain stream for elusive trout?  It has to be “Noodling” for catfish in a murky brown water.

Have you ever considered putting your arm in a dark hole in the bank of the river hoping a huge catfish would chomp down on your hand?   No…? Me neither.

I have had the opportunity to fish in varied waters for many different species of fish in both freshwater and saltwater, and my preference is to fish with a fly rod on live water. I live in the resort town of Crested Butte Colorado and I am surrounded by high mountain rivers and streams, and I enjoy the serenity of fly fishing in these waters more than any other recreational pursuit.

So how the hell did I end up at the bottom of a muddy brown river in Oklahoma with my arm deep in a hole, and my hand in a 40-pound catfish’s mouth?

My brother Rick who lives in Dallas invited me to a guided fishing adventure for alligator gar in the Trinity River in Texas. Unfortunately, due to the heavy rains the guide called the day before and the gar fishing was cancelled. Since there were six anglers, and four of us were flying in for this boy’s weekend of fishing and comaraderie, quick thinking brother Rick called and booked us for a day of Noodling in Oklahoma instead.  He told us how lucky we were the guide had an opening and added: “…don’t worry, you will love it!” 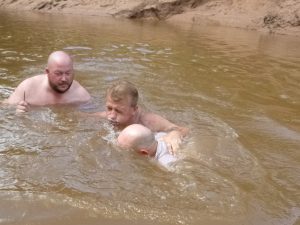 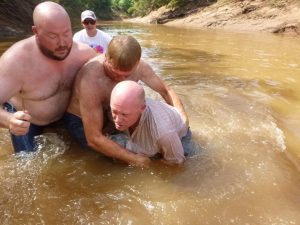 I don’t think Noodling would have ever made it onto my fishing bucket list, but I have to admit I was curious, and there was certainly some excitement as I thought about the prospect of wrestling a huge catfish with my bare hands.

I flew in from Crested Butte Colorado, my brother Rick and my nephew Kevin live in Dallas, and Martin and his two sons Gates, and Garret flew in from Tampa.  We drove from Dallas to Temple, Oklahoma. As we neared our destination and admired the beautiful rolling rural countryside, we drove over bridges and looked down on the brown rivers with muddy steep banks.

We met our guide Skipper Bivins at his house. Skipper and his wife JoAnn are famous in the world of noodling as the stars of the movie Okie Noodling 2, and the hit TV Show Hillbilly HandFishin’ which aired 21 episodes over two seasons.

The History  –According to Skipper and JoAnn Noodling is not new, the Indians also fished with their hands.

Like all guides, Skipper’s number one priority was to find the fish. He had to go underwater and stick his arms and legs into holes created by beavers in the sides of the riverbank and feel if there was a giant catfish in the hole. If so, the male catfish would swim full force into his hand or foot and bite it. Skipper would re-enact this event with much animation yelling “WHACK”, “WHAM”.

Why are the Male Catfish in these holes?  – The female lays the eggs in the hole, the male fertilizes them, then protects them from other predators who want to eat the eggs and to take over the hole. Evidently after the eggs hatch the male will eat the majority of the newborn catfish.  So the male is very protective of his young (and future meal).

What else bites in this river? We were told to keep alert as the holes and brush along the banks of the river are also home to huge snapping turtles, poisonous water moccasins, and the occasional beaver.  All of these fellas are prone to bite to protect their territory. 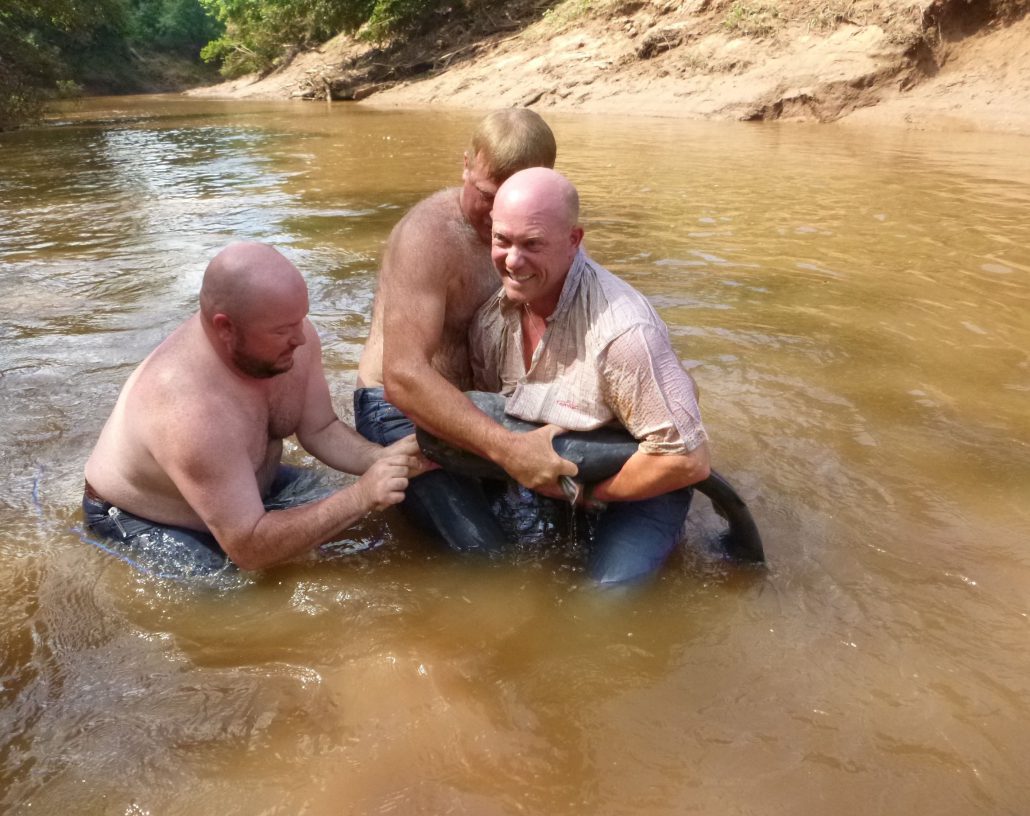 You are the Bait – Skipper had started us out at a spot with some known honey holes and sure enough he located a large catfish right away near the middle of the river on the side of a ledge. We drew straws and I was first up. Skipper told me to stick my foot in the hole, and wiggle it around and wait for the fish to chomp down on my toes. Once I had my foot in the fish’s mouth, I was to insert my second foot and open the fish’s mouth, and then he would go down and put a rope through the gills and mouth of the fish, hand me the rope and I would pull my feet out of the fish’s mouth and pull the rope and the fish out of the hole.

I told him no, I wanted to grab this fish with my hands and pull him out. He said, “well, 99 out of 100 people will lose the fish”. I said, “I will not lose the fish, I want to go in with my hands”. He looked at me for a moment, paused… then smiled and said: “Okay great! Now here is what you need to do…. “

I was to hold my breath, dive down about five feet, stick my arm in the hole near Skipper’s foot and feel for a “big ass catfish”. The fish would either bite my hand, or I was to put my hand into the fish’s mouth and grab the bottom lip of the fish. Skipper said to hold on really tight because he would thrash around.  Then I was to “pull that sucker out of the hole without letting him get away”.  Simple!

“Don’t let him get away!”  I was told over and over.  I was to use my other arm to quickly bring the fish to my chest and pin the fish to my body, and scissor my legs around the tail, and then come to the surface. Skipper said he would help me because that fish is going to be pissed off. And for the fifth time he added ,“.. and don’t lose that fish!” Got it. 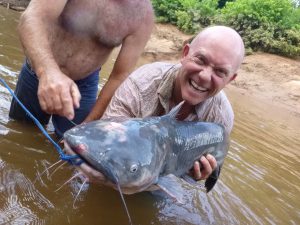 I was determined to get this fish out of that hole and set the stage for the rest of the group. Since I was the first to go I was nervous. I checked Skippers hands, and noted that he had all of his fingers.

The Encounter – I took a deep breath and dove down about five feet into the dark murky water. I located the hole at the bottom of Skippers leg, stuck my arm in the hole up to about my elbow and felt the top of the catfish’s head. I immediately jammed my hand into the fish’s mouth – he bit down on my hand. Ouch! I grabbed on the large bottom lip and as Skipper said. Mr. Catfish did not like this at all – and he thrashed, and rolled like an alligator. This powerful rotation accomplished two of the fish’s goals – he scraped the flesh off my hand, and I could not hold on any longer. Damn – I lost the fish!

I was fearful he would swim past me and get away, but I did not feel him exit the hole. I felt him again, and again and stuck my hand in his mouth. He bit down hard and the sharp sandpaper teeth were tight on my hand. Who had who?  Before I could get a tight grip on his lower lip, he rolled violently, I lost him again!

I knew that I was running out of chances – and I was running out of air.  I immediately re-engaged and for the third time I stuck my hand into this fish’s mouth and squeezed as hard as I could, while I yanked the fish out of the hole. Again, he thrashed violently and attempted to roll, but I was quick this time, and as instructed pulled him to my body, and scissored his tail with my legs. I am not sure how I got to the surface, but Skipper was there to add to my bear hug on this monster fish, and bubba was there to put a rope through the fish’s gills.

When I broke the surface and the others saw that I had come up from the depths with this river monster there was an eruption of surprise and celebration!  Skipper put his hands in the air and let out two loud “Whoop Whoop!” call and said again “99 out of 100 people would have lost that fish.” 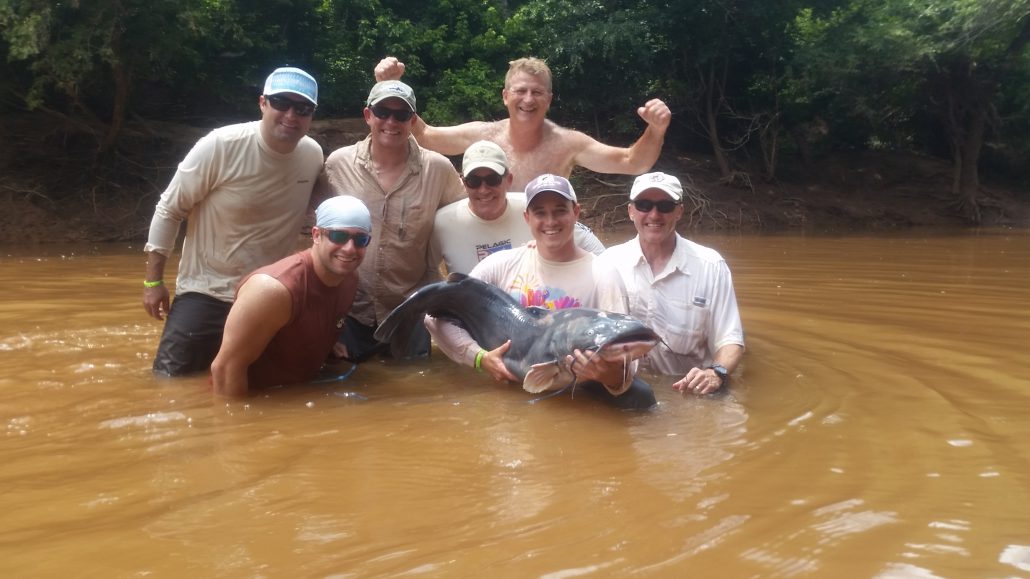 You may just be a redneck.  I am not sure if this is on Jeff Foxworthy’s list, but the reaction from many of my real estate clients who are from the South was: “Congratulations, you are now officially a redneck!”

It was a great way to start the day of noodling, and the rest of the guys were excited as well.  All but one of our fisherman were successful in the quest to land a large catfish using our fingers and toes as bait.  I am not sure if I will ever go noodling again, but I have checked it off my Bucket List! 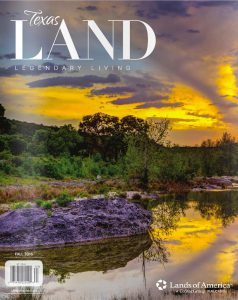 Chris is honored to be a part of this elite group of industry leading Contributors to Texas Land Magazine. 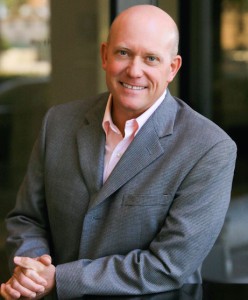 Chris Kopf is an avid fly fisherman, and a top Real Estate Agent in the state of Colorado and the resort town of Crested Butte, Colorado.

How can I help you? The Crested Butte area offers a wide variety of properties with expansive views and millions of acres of national forest. There are fine mountain homes on acreage, lake and river frontage properties with private fly fishing, ski in/ski out single family homes, ski-in/ski-out condominiums, and golf course properties.