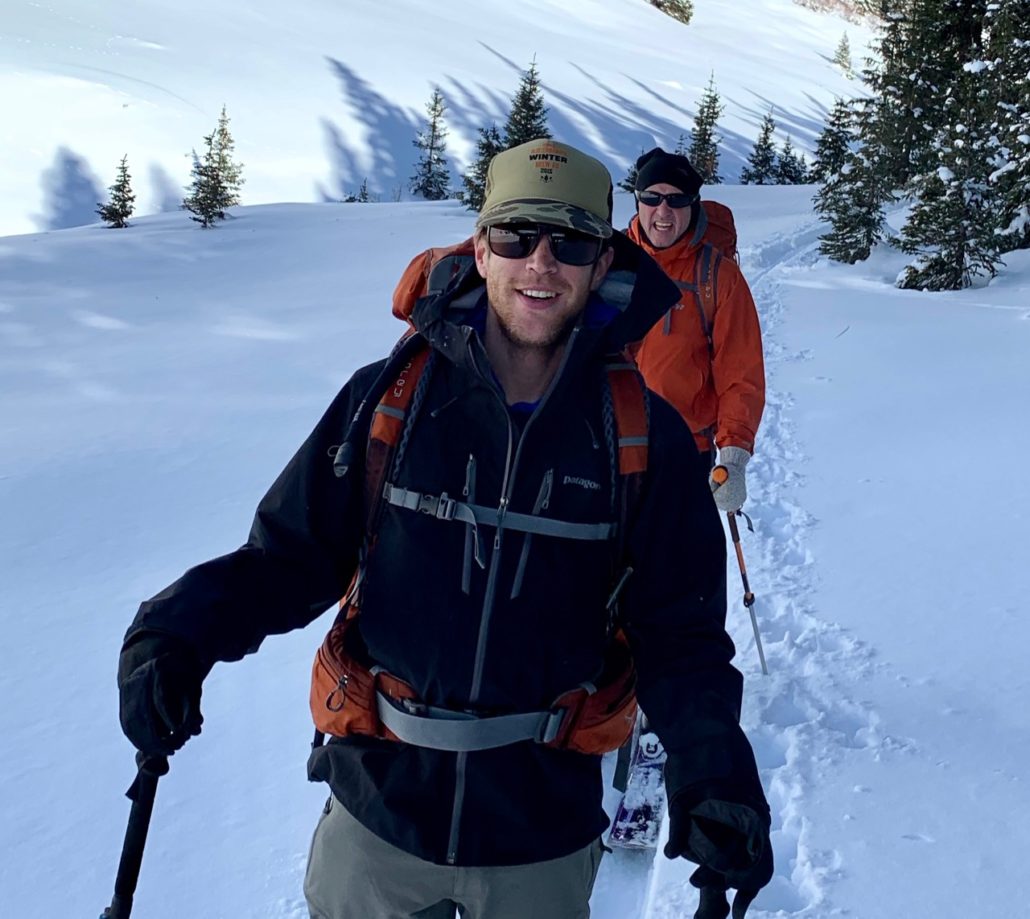 Today I lost a friend.

Owen Green’s body was recovered this afternoon by Crested Butte Search and Rescue ** along with his friend’s body. They were training on Saturday morning for the Grand Traverse and got caught in an Avalanche on Death Pass.

Owen was wearing a GPS device and we could digitally track their progress up Brush Creek… the dots provide a timestamp and elevation. Somewhere between 8:39am and 8:49am they were swept downhill approximately 210 feet.

I think I am out of tears.

Owen was the boyfriend of my niece Kali, and as a close family we all thought of Owen as a best friend. He was a great guy. Thoughtful, helpful, resourceful, hard working. He loved life. People loved to be around Owen.

In late December Owen, my brother Rick and I skied to the Friend’s Hut – we took the same route, and there was very little snow then – and so our trek through Death Pass was a non-event.

Owen had climbed Mt. Rainier with guides and my brother Rick and nephew Kevin in the past year. He knew the perils of the back country, and of Death Pass – we talked about it. He had been through there twice. His partner also from Aspen / Snowmass had competed in The Power of Four and an was an experienced back country skier… 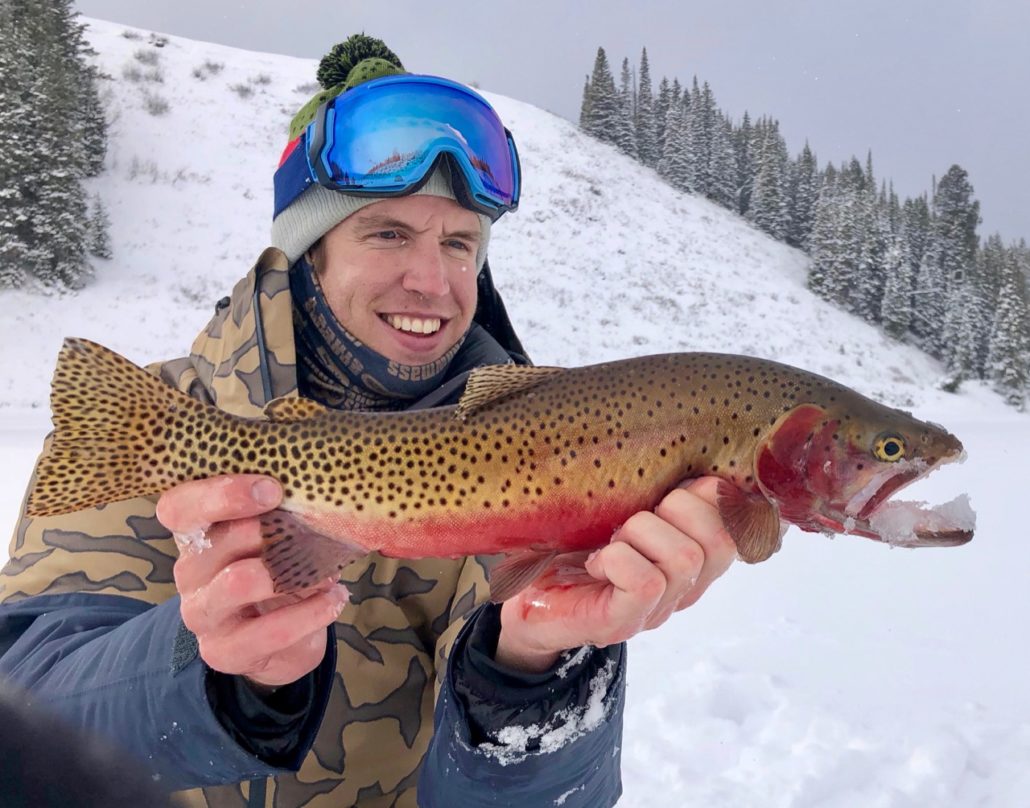 On Friday I learned Owen was going to be in Crested Butte. I texted him and suggested we skin-up the mountain on Saturday morning. He replied that he was going to do some training out Brush Creek Saturday, then alpine ski CB on Sunday – but for sure we would skin-up on Monday.

I have since reviewed that text over and over. And while I had no idea they would chance Death Pass, I am so mad at myself that I did not challenge his plans. Especially considering the new heavy snow. It did not occur to me that they would risk it… 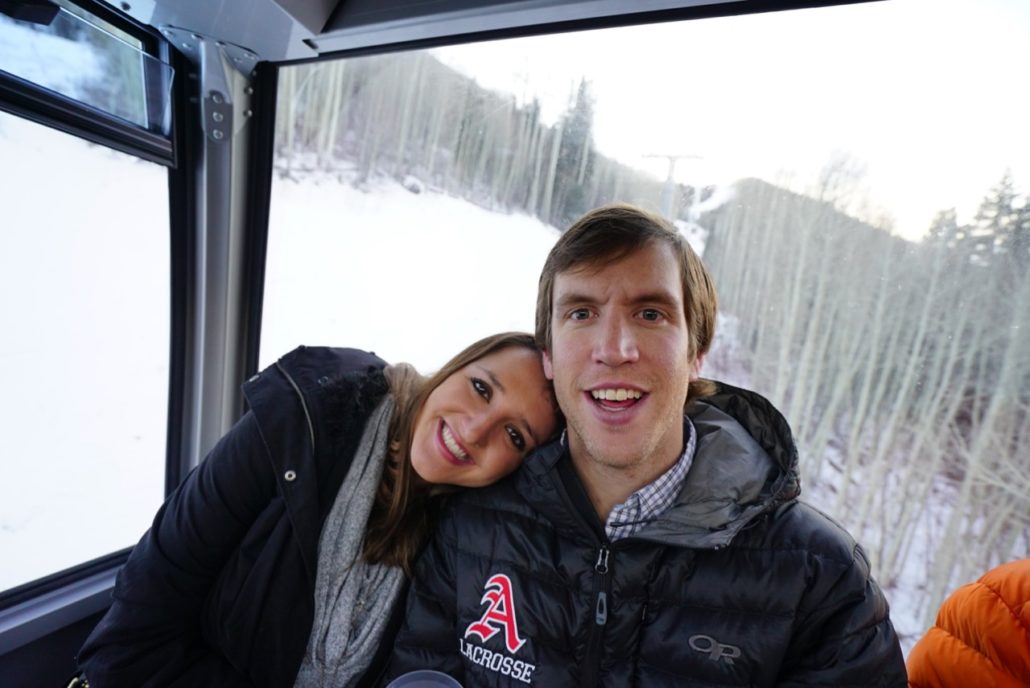 I spoke with the Mt. Crested Butte police officer and learned that their bodies were buried in the avalanche. If there is a blessing it is that they did not suffer. And they died doing something they loved. I can’t believe I am writing this…

Why am I writing this? Therapy. Honor. Respect. I guess to say goodbye to a friend I have skied with, fly fished with, ice fished with, laughed with and shared adventures with in these mountains. I will cherish the memories – there could have been so many more.

I knew my friend Owen for too short a time. 27 is too young to leave this world.

Rest in peace my friend.

** Special thanks to the men and women from Crested Butte Search and Rescue, Crested Butte Avalanche Control, Crested Butte Ski Patrol and Crested Butte and Mt. Crested Butte Police Departments and others who were responders. I was in communication with members of these teams before, during and after their mission. They put themselves in harms way due to the severe avalanche conditions that still existed. We all hope we never need them – but they are there. The first night they were out until 4:00am – then put together another team and headed back out. Amazing!  Thank you.