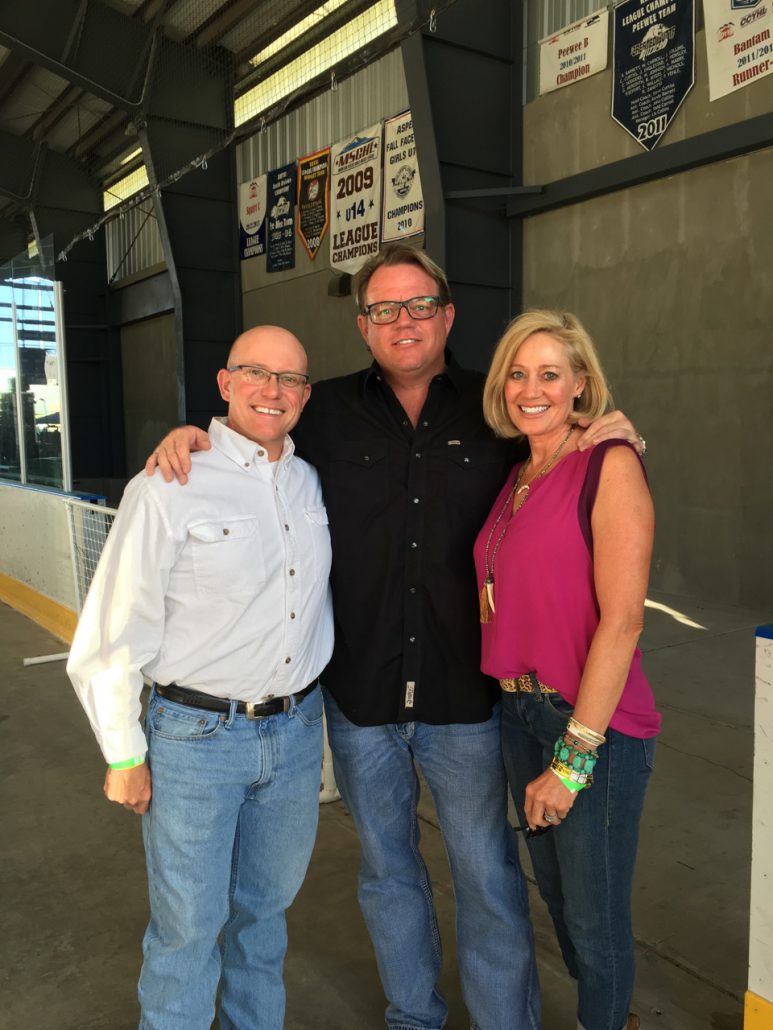 I am not sure how I missed the previous four appearances of Pat Green live in Crested Butte – but I got the opportunity to attend the concert last night and it was an awesome performance!

Currently there are not many venues in Crested Butte to host a show like Pat Green – so the show was held in the Big Mine Ice Rink and it proved to be a venue that worked. I look forward to the Biery-Witt Center being and the Center for the Arts new facility to be finished in Crested Butte. We arrived early for the show since we had purchased VIP tickets and got the opportunity to meet and talk with Pat Green before the show. What a genuine person and nice guy. He said he had just played Denver and Aspen prior to arriving in Crested Butte – but that he really loves CB and the intimacy of the crowd and wants to continue to come back.  We were also treated to great food (as usual) prepared by Marchitelli’s Gourmet Noodle. 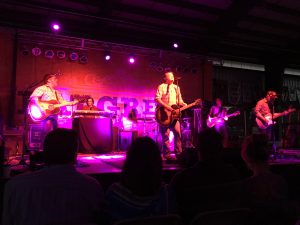 Since Pat and his band are all from Texas, and he has many songs about Texas, there were a lot of lively Texans in attendance!  Not only was the music great – but between songs, Pat told a number of funny stories and engaged the crowd. He also said he was stalling because he needed to catch his breath – asking where all the oxygen had gone at this high altitude… It was clear he was having fun, and made the evening fun for all of the Crested Butte audience.  He had many great songs – but

Pat Green has finally come full circle — and all the way back Home.  After rising through Texas’ college-town and dancehall scene years ago, Green earned himself major-label support in Nashville and became the poster child of Texas music for a whole generation of fans. His list of achievements includes over 2 million albums sold, three Grammy nominations and a sold out Houston Astrodome.

But after releasing six albums in eight years, sending singles like “Wave on Wave” and “Let Me” up the charts, touring with powerhouses like Kenny Chesney and Keith Urban and dealing with accusations of “selling out,” the meat grinder of mainstream stardom proved to be too much. He was spent.

“I felt so much pressure during the years I was with the big record labels to put out a record almost every year,” he explains. “There was a constant loop of having to be creative with new music, and that’s just not my style. I like it to happen when it happens.”

Now, after breaking the cycle for a three-year recharge, Green is back in his comfort zone and playing by his own rules again. His is new independent album Home is his first set of originals in several years, and directly speaks to the hardcore fans that have been with him since the beginning.

Featuring a mature country sound that is both modern and exposes his roots for all to see, his new tunes are full of ringing acoustic guitars, slippery steel and dobro, wailing fiddles and heartfelt, personal lyrics, making Home the return to form many fans have been waiting for.

“I’m very comfortable with this record, it came out exactly as I wanted it,” Green says.

People often ask me “What makes Crested Butte special?” It is hard to put into words, but small intimate concerts like Pat Green, Mountain High Music Fest, the Tough Enough to Wear Pink event with Dean Dillon, the summer Monday evening Alpenglow concerts held in front of  The Center for the Arts, the Summer Wednesday evening concerts held at the base area in Mt. Crested Butte …  are part of the charm of Crested Butte for visitors, locals and second homeowners. There are plenty of luxury homes and high-end ski-in / ski-out condos at the base area, but unlike some of the other ski resort towns in Colorado that have their glitsy roots in gold and silver mining – Crested Butte was as a coal mining town. In many ways the character and attitude of the early ranchers and miners has transcended time. In Crested Butte the skiing is great, the scenery is awesome, the recreational activities in the Gunnison Valley are endless, and the people are warm, friendly and real.

If you have an interest in Crested Butte Real Estate and would like to start a conversation about homes, condos or land in the Crested Butte area, call Chris Kopf, Previews® Property Specialist, Coldwell Banker Bighorn Realty, 970-209-5405 or chriskopf@bighornrealty.com, https://chriskopf.com or Contact Chris